wanghongbo
7945 浏览
6 评论
2010-06-30 06:07
收藏  推荐
1楼2010-06-30 06:07
When I was in college as freshman in 1986, once a month we would play soccer between dorms. It was Smith Hall vs Dibble Hall or some other pairing of halls, there were both guys and girls. There were no referees, since the games were loosely organized. I never played soccer except in gym classes in China and US. On that particular day, we had four girls and six guys. Nobody wanted to play goalie, someone told me to play goalie.

"Don't worry about it, Chi, the other dorm suck, they can't play soccer." John encouraged me.

The other dorm had a guy who could play. Marcelo showed up 10 minutes after the game started. I watched hopelessly as Marcelo ran through our entire team from midfield, our players were afraid of him, they couldn't wait to GET OUT of his way. By the time he reached the penalty box, I had no defenders in front of me. I had no time to wonder where the defensives back were. I thought Marcelo would blast a shot at either corner of the goal, but he was efficiently running with the ball directly at me.

I ran straight out of the goal and at Marcelo. For a split second, I saw surprise and fear in his eyes. He stopped dead in his tracks, pivoted with his left foot, and used his right foot to maneuver the ball around my left. The ball moved parallel with the dangerous forward, however, the it did not move fast enough, I dove down as I moved to my left and caught the ball in my arms.

"Wow, you stopped Marcelo from Argentina!" John was the first to congratulate me.

"Is he from Argentina?" I asked, not quite believing it.

"Yeah, Mr. Argentina is from Buenos Aires. You didn't know? He's the starting striker for our college team."

"You better stay back with me. I can't swear that I'll stop him every time."

This was the only shining moment in my very brief soccer life. Marcelo would score on us again with me in goal, but he never got close to me. We lost that game 2:0. Eventually, Marcelo conceded, "You looked mad and crazy as you rushed out the goal mouth. I thought you were going to break my ankles. I still don't know how you stopped me."

"The only way to was to cut down the angle. I got lucky. You would've scored for sure if you shot for either corner before you reached the penalty box."

I weighed 60 kgs in college, as one of lightest men on the soccer pitch. I know from this event, if you have a stronger WILL to win, you could win, even with limited ability and experience.

One of many questions about soccer is this: what motivates people? If we put aside national pride and honor of the homeland, is money, job security, and women enough to find 25 young men to play for the Chinese national team? To reach the World Cup finals? In addition to Korea having two teams (North and South), the nation of Slovenia has a population of slightly over 2 million. Beijing has more people. Yet Slovenia was in the World Cup this year.

Every Chinese person from mainland told me over the past 25+ years that it is impossible for China to win the World Cup. Instead of corruption at the local/province level, is it possible to tell every player who makes the World Cup team that each will get 10 million yuan as a starting point. Every goal and every game bring more bonus to them. If we go to the poor areas of Sichuan and AnHui or wherever to find talented strong kids, can't we fly their parents to Beijing, give them apartments across the street from the National Soccer Training Center?

If the only thing stopping China was corruption, I am sure we could overcome it. It takes a little will power.
点赞 +1
评分
举报 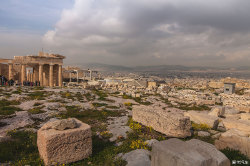