Based on the “PQ35 Low-Cost” platform, the Jetta is cheaper than the Golf by a strong margin—$1625, to be exact. All Jettas have a steel front subframe, while on other PQ35 derivatives, it’s made of aluminum. But the European Jetta keeps the Golf’s multilink rear axle; U.S. models get a specially developed torsion-beam rear axle. The EU Jetta’s electric power steering goes out in favor of hydraulic power steering, which is less precise and less efficient—but cheaper. That said, it’s also effortless, and it goes quite well with the comfy U.S. suspension if you don’t insist on spending your weekends on the track.

While the U.S.-destined TDI version shares the European TDI’s engine and DSG transmission, gasoline-powered American Jettas are driven by two naturally aspirated engines: the venerable 115-hp, 2.0-LITE(参数|询价)r four and 170-hp, 2.5-liter five, available with a manual gearbox or an Aisin-supplied torque-converter automatic. Europe, by contrast, gets turbocharged four-cylinder TSI engines: a 1.2-liter, two 1.4-liter strengths, and one 2.0-liter unit (which will be sold here as the GLI later). They are more efficient but more expensive to produce than their U.S. counterparts, and they lack the prestige of the higher displacement and the higher cylinder count of the five. For Europe, there is no more conventional automatic: Besides the standard manuals, VW offers only six- and seven-speed dual-clutch transmissions.

If your performance-loving soul is tortured by these alterations, relief is around the corner: The upcoming GLI gives you just about everything that defines the Euro Jettas, including electric power steering, the multilink rear axle, and the six-speed DSG, as well as the Euro dashboard, gages, and even the hidden electronic architecture. What’s more, it comes in at less than $24,000—little more than the softer five-cylinder Jetta SEL.

That money, of course, will barely get you into a wheezing 1.2-liter TSI in Europe; “surprisingly priced,” apparently, applies not just to U.S. models. Cost-cutting suddenly doesn’t sound all bad, does it?
点赞 +1
评分
举报
本帖最后由 hnjie 于 2010-8-7 21:09 编辑 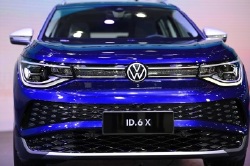 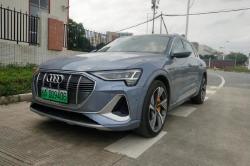 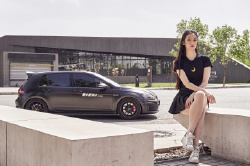 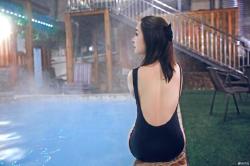